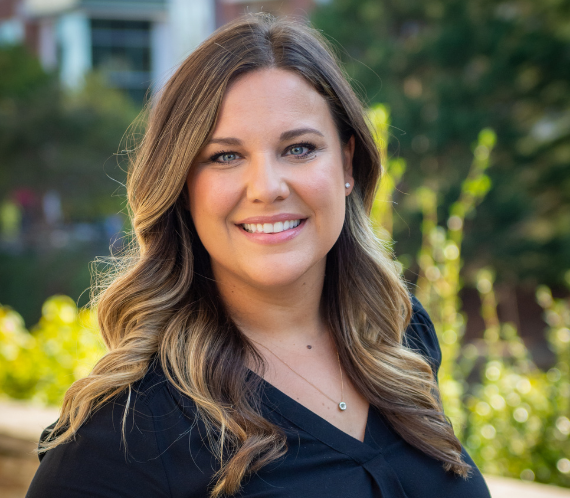 Ashley believes everyone and every business has a story. She is thrilled she gets to share The Newell Group’s story. Ashley is tasked with managing and creating the content that TNG sends out to the digital world and beyond. She loves helping the recruiters deliver content to their clients and candidates that engages and helps people land in their dream jobs. Ashley started at The Newell Group after a decade spent in front of the camera as a local television news reporter and anchor. She is an award-winning journalist who earned a stellar reputation in the local communities she served. She continues to be an effective, credible and personable communicator.

She and her husband Matt have lived in Greenville, SC for five years, but Ashley is a proud NJ native. She’s also a 2010 graduate of The University of Miami where she majored in Broadcast Journalism and Psychology. When she’s not at the office, Ashley spends her time chasing around her sidekick/toddler daughter, Carsyn. The two have a very serious bargain shopping problem!